Touching a Nerve has the explanatory subtitle of ‘A curly collection of churchy cartoons by Jim’.

‘Jim’ is the cartooning alter ego of Brendan Boughen. He grew up in the Lutheran church but left traditional faith in his 30s. He tells something of that move away in an earlier collection of cartoons called Gone Astray.

Despite, or perhaps because of, that personal shift, Boughen often draws about the connection between traditional religion, faith, politics, society and social justice.

The cartoons in Touching a Nerve sometimes poke a finger at core Christian beliefs. An example is an Olympic ‘mental gymnastics’ athlete who is in a sweat, struggling with the concept of virgin birth.

Others are simply  touching. One quotes Isaiah 52:7 about “how beautiful on the mountains are the feet of him who brings good news of happiness…”. The quote hangs in a clear blue sky, above a snow-capped mountain. At the base of the mountain are a school and hospital. Both bear the name of Edmund Hillary. The cartoon was drawn to honour Sir Ed on his passing in 2008. A helpful URL at the bottom of the page leads readers to the explorer and humanitarian’s obituary.

Many of the news-related cartoons have such URLs. Considering that several of them are about events that occurred six or more years ago, this ensures the point being made is not lost on readers.

Other cartoons in the book do not have an underlying message. These fall into the realm of ‘dad jokes’—humour that will either elicit a chuckle, smile or a groan, depending on your sense of humour.

The balance between all the cartoons in this collection means that it is a book that will have something for most people. This shows that some thought has been put into what was selected.

The famous cartoonist Charles M Schulz, whose Peanuts  strips were fodder for Boughen’s imagination as a child, is said to have claimed that “those who find no humor in faith are probably those who find the church a refuge for their own black way of looking at life…”1

And, for this reviewer at least, it was ‘Jim’s’ more pointed cartoons about matters of faith that were most appreciated. I think it is helpful for Christians to examine how their beliefs align with their lived-out lives. Sometimes it requires someone else to prod us, to get this thinking in motion. And in Touching a Nerve, Boughen has provided a gentle stick.

You can see the review on the NZ Baptist website here:
https://baptistmag.org.nz/touching-a-nerve/ 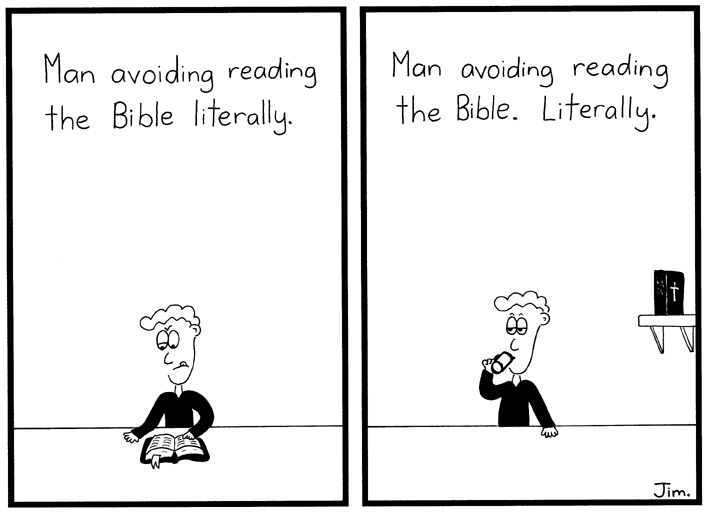 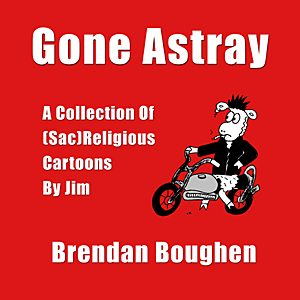 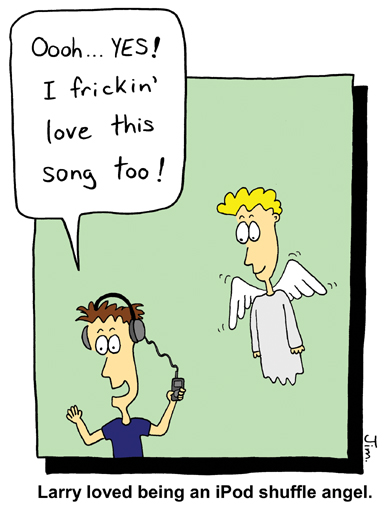 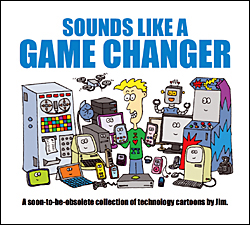