Click the image to see the article as published or read the text below.

A Paraparaumu woman has opened the doors on a controversial topic by writing her ﬁrst book, which will be available at libraries and universities around the country. Adult Sexual Abuse in Religious Institutions: Faith seeks understanding, written by Anne Stephenson, is a hard-hitting piece that began in December last year. but had been on her mind for more than 40 years.

She approached a sociologist. a psychologist and an independent organisation to see if they’d help her co-write the book, but none of them wanted to, though they all commended her for doing it. The book, according to Anne, discussed sexual abuse of adults by clergy and spiritual leaders and highlighted procedures that needed to be put in place to deal with offenders and their victims.

Her 86-page book, which stemmed from personal research and understanding, covered a range of areas including characteristics of sexual offenders, suggested procedures for dealing with a complaint, victim support and the potential for victims to go on to have fulfilling lives.

Anne, a retired Methodist minister who worked for many years as a registered nurse in New Zealand and Australia, has had training and experience working with sexual offenders and abuse prevention, as well as support of victims and families. With her own experience of abuse as a young church-going wife and mother of three, and having gone on to have sexual abuse counselling, Ms Stephenson said her book was based on 20 years of education, which she hoped would assist in societal change.

“Positive change can come out of the current chaos regarding the handling of sexual abuse within religious institutions,” she said. “This book doesn’t exist to unsettle the good functions within communities, but to highlight areas where there are cases of sexual misconduct. I hope my confidence in the world l know, to reform and restructure as needed, will give insight to religious institutions, offenders, victims and those who support the people involved with such matters.“ 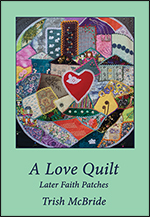 Rest of the World Customers
NZ$59.40 including airmail postage