He begins with sociology and theology, chapters which are most lively when earthed in contemporary New Zealand practice. The second half of this book has a strong practical bent, as Hendery discusses pastoral and liturgical issues in journeying with the dying person and in the stages before, during and after the funeral service. He includes thoughtful commentary on the rich resources of A New Zealand Prayer Book /He Karakia Mihinare o Aotearoa, the Anglican prayer book (this material, valuable for Anglican ministers, will be less useful to others). Here, as elsewhere, he provides ideas from a wide range of religious and cultural sources.

Hendery pays attention to the complexities arising from a death by suicide and to special questions concerning children and death. He is not afraid to criticise the Church for less than helpful theology and practice, both past and present.

Hendery’s theological commitments and generous pastoral instincts stand in unresolved tension — the tension of God beyond and God within. For me, this reflects a great challenge of funeral ministry: how to speak the language of the bereaved, in our changed and changing world, and also to proclaim faithfully the good news of God.

I also appreciated Hendery’s determination to be blunt. To say the words “die”, “death”, “coffin”. To face the fact of one’s own death. To accept that, facing death, we do not know everything.

This wise and wonderfully comprehensive book about funeral ministry in Aotearoa is not a quick read, but will benefit many who carry pastoral responsibilities.” 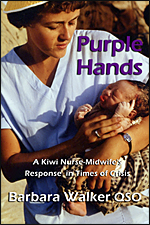