A Tent in the Bush:
William and Jeanie Wallace’s North Auckland Story 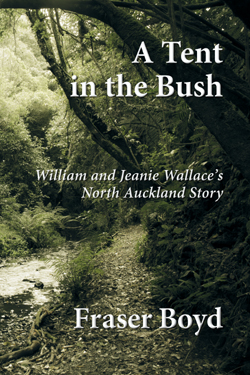 Spurred on by the death of their first child, courageous young Scots Irish couple William and Jeanie Wallace go on the adventure of their lives to settle in 1860s New Zealand.

Based on real people, readers will soon get wrapped up in their story of hopes and dreams fulfilled, of escape from drab Scottish industrial towns and of the realities of starting again in an alien land.

The new colony enticed settlers from Britain by offering free, native bush covered land. In William and Jeanie’s case it was North Auckland. After spending a few months in Auckland to build up their reserves of funds and goods, William and Jeanie sail north and then slog overland by cart to their new home – literally, a tent in the bush.

Follow three generations of the Wallace family from rural Ireland during the potato famine, to Scottish mining towns and on to eventual hard-won prosperity in New Zealand. 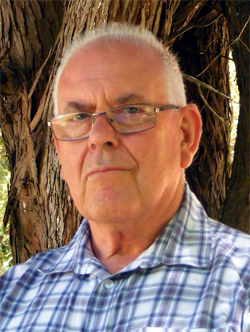 Margaret and Fraser have two children, five grandchildren and two great grandchildren to keep their retirement busy. They also have an active role in their church and Fraser is a Justice of the Peace.

This is his second novel.